Repeating words excessively
You should always rephrase words that are given in the task because it shows your ability to rephrase words and that you have a broad vocabulary. In addition to this, try to avoid repeating the same word in the body of your essay. You can achieve this by using different words or by using different forms of the same word.
Example of rephrase: country = nation
Example of change in form: young people need to be prepared for their careers = preparation of young people for their careers is necessary.

Noun trains [where you have a whole lot of nouns together; like cars on the train].
This error occurs when two or more nouns are together, it would be more natural to write “application of pesticides” than” pesticides application” you can Google both of these [using speech marks] and see that “application of pesticides” is much more common and the results fit your context better. If you are ever unsure whether one phrase is better than another, whether two words go together, or about the word order of a sentence you can use this method of googling the phrases. Some other examples:
starvation alleviation = alleviation of starvation
food production revolution = revolutionising food production

Obvious memorised language that is inappropriately applied
Below are examples of obvious memorised phrases that are incorrectly applied.
One of the most controversial issues relates to whether students should live at home or on campus.
My response: Really! I wasn’t aware. I thought was things like abortion and euthanasia and wars! Better to say “A highly debated issue”
Whether children should start learning a foreign language at primary school instead of high school has sparked off an intensive debate.
My response: Really! I wasn’t aware. I have heard nothing about this. Better to say “… is an important issue in the field of education”
Colloquial expressions
Some phrases are used when speaking, but not when writing. Some examples:
actually, I would also like to mention, I reckon

Clichés
A cliché is an overused expression. These can be considered as “ugly” English. Examples:
In this day and age…
At the end of the day…
Just like every coin has two sides…

See my useful high-level words for the writing test 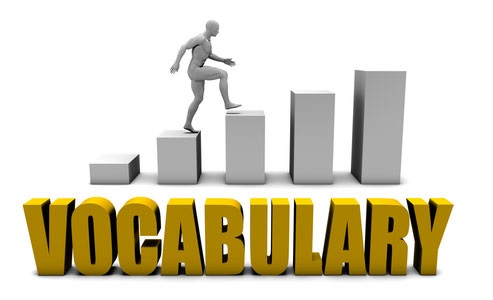 2 thoughts on “Common errors with vocabulary”