overusing vocabulary in your ielts test

I highlighted in an essay some words that I feel would be better left out of your essay. They serve no purpose other than to make communication more difficult. Note that they can be removed and leave an easier to read sentence. They will only be of value if they are adding precision or clarity to the arguments you are trying to make but they are not. 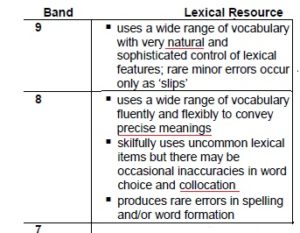 It has been an enigmatic quandary as to whether the best solution for solving poor countries’ poverty is giving them money. However, having analyzed various uses and absence of right solution, I state that developed countries should support money to undeveloped countries.

Various uses unambiguously demonstrate the matter pertaining to this theme. In modern society where poverty problems become worse than before, many rich countries make their effort to overcome the problems. However, sadly though, given that most of support agreements except for financial aid can cover a limited range of poverty problem, those many efforts cannot solve a wide range of the poverty problems simultaneously because the poverty problem is too complex to analyze the exact causes. Unlike non-financial support such as constructing roads or bridges, financial support can affect every part of the problems whenever they need. These various uses clearly illustrate an epitome of why poor countries need monetary support.

Absence of the right solution lucidly illustrates the issue at hand. As social science developed, researchers have suggested many ways to solve poverty problems, especially for poor countries. Believing the results of research is true, many rich countries have helped undeveloped countries through other types of help, not money. However, unexpectedly though, seemingly effective saving policy which is based on theoretical hypothesis hardly solves the poverty problems. Many rich countries have provided poor countries with the goods both unnecessary and not helpful at all, a specter which deteriorates the fiscal status of many international charities, as well as solving other problems such as education problems or health problems, not the poverty problems. This absence of right solution coherently indicates why rich countries give poor countries financial support to resolve their poverty.

A person who puts a large amount of effort into achieving a certain thing, to the point where it is obviously planned in advance

An affluent, suburban dweller who makes great efforts to cover himself in tattoos and piercings; try-hard.A person who wears certain items of clothing for the express intention of appearing “non-conformist”, and flaunts it; try-hard.Someone who purchases a motorcycle only to appear as a “bad-boy”; try-hard.