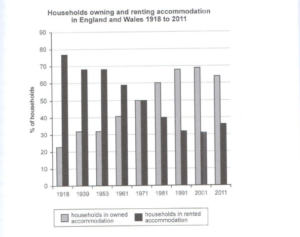 model answer
The bar chart illustrates the proportion of households who lived in their own or rented accommodation in England and Wales from 1918 to 2011. Overall, these countries saw a rise in home ownership but experienced a decrease in rentals.

From 1918 to 1971, there was a higher percentage in rented accommodation than those in owned accommodation until 1971 both figures were equal. In 1918, almost 80% of households were in rented houses while less than 10% owned their places. However, rentals decreased from over 80% to approximately 60% between 1918 and 1961 while there was an increase in owned residential properties from 20% to 40% during the same period of time. 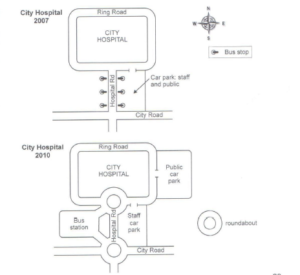 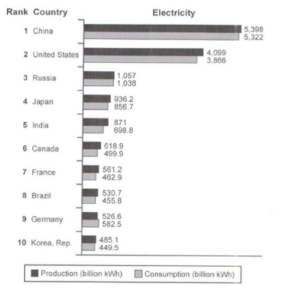 The plans below show the layout of a university sports Centre now, and how it will look after redevelopment. 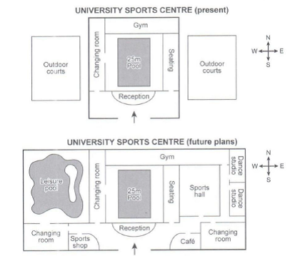