DESCRIBE AN IMPORTANT FESTIVAL THAT IS CELEBRATED IN YOUR COUNTRY

– what festival it is

– why it is important

– what do people usually do on that festival

and explain how important it is for you personally

The festival that I would like to talk about is Chinese New Year, which is one of the most essential and widely celebrated festivals in my country. This is the occasion that people celebrate with great joy, hope and festivity with their beloved ones. One of the most integral moments that is expected by all people is the stroke of midnight according to Lunar Calendar.

It is often celebrated with fireworks and people send each other their best wishes for an awesome year ahead. In my country, people often get careful preparation for Lunar New Year in order to ensure that every single thing is perfect for welcoming a new year. On the last night of the year, people stay awake, reunite with their family and wait for the very first sacred moments of the year.

According to the conventions, people dress smartly on the following days, pay their relatives, friends a visit and send them the beautiful regards for the upcoming year. It is also traditional in my country to go to sacred places like pagodas or churches with the aim of praying for peace and happiness in the future. In people’s belief, red is considered as the lucky color in the new year. That’s why people often choose to dress in vivid color as the way to eliminate bad luck and welcoming good things. My country also has some unique traditions like lucky money, preparing home – made food or decorating home in the first days of the year. It is also a precious time for family reunion, resolution and relaxation after a hard – working year.

unique = special and only one

Do you think it is important to protect traditions?

Well yes I do because each and every country has its own traditions, and it is these traditions that distinguish one country from another. As a matter of fact, traditions not only represent the people of a nation but they also reflect that nation’s history as well. Therefore, I believe that if governments wish to promote patriotism and national pride, it’s essential that customs are continually practised and adapted, so that they suit modern society better yet remain relevant to the life of people.

What do you think is the most important tradition in your country?

I suppose one of the most important traditions is showing other people, especially the elderly, respect by adding specific words into our speech and behaving in an appropriate way. While some Westerners may see this as unnecessary and rather awkward, it is a way of being polite and avoiding giving unintended offense for people in my country. In addition to this, there are other important traditions, such as exchanging red envelopes on New Year or eating mooncakes during the Mid-autumn festival.

What kinds of traditions have disappeared in your country?

As society develops, some traditions have been done away with. For example, people used to dye their teeth black in the past, but not in modern days anymore. This is probably because of the difference in beauty standards now and then. While it was once considered elegant to have black teeth, which entails having to dye them several times to make them look smooth and shiny, these days, white and even teeth are what people yearn for.

Why should children learn about traditions?

In my opinion, if children are informed about the traditions of their country, they’ll feel stronger love and responsibility for the culture of their country. Moreover, it is young children who will eventually be responsible for preserving traditions and passing them down to future generations. If the young aren’t properly educated about traditional customs, those customs will most likely disappear in the future.

What can governments do to protect traditions?

Well, I think there are several measures that governments can take. One way is to maintain the celebration of traditional festivals and encourage people to take an active part in them. It’s important to make sure that these festivals are not only celebrated among local citizens but also known nationwide which, with the help of social media, can now easily be done. Governments, especially those of developing countries, need also to limit the impacts of globalisation on their culture to prevent traditional customs from being replaced by foreign ones.

Distinguish [verb]: to notice or recognize a difference between people or things

Patriotism [noun]: love that people feel for their country

Relevant [adjective]: relating to a subject in an appropriate way

Awkward[adjective]: difficult to deal with and embarrassing

Offense [noun]: something that causes a person to be hurt, angry, or upset

To be done away with [expression]: to be got rid of, to be made to disappear

Entail [verb]: to cause or involve by necessity or as a consequence

Yearn [verb]: to feel a strong desire or wish for something or to do something

Preserve [verb]: to keep (something) in its original state or in good condition

Pass something down [expression]: to give knowledge or teach skills to your children or to younger people

Nationwide [adjective]: extending throughout the nation 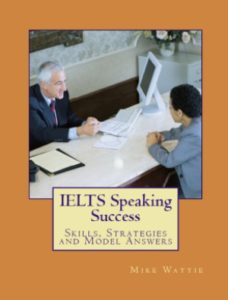