Writing an introduction for a map
The maps below show the CENTRE OF A SMALL TOWN CALLED ISLIP  as it is now, and plans for its development. 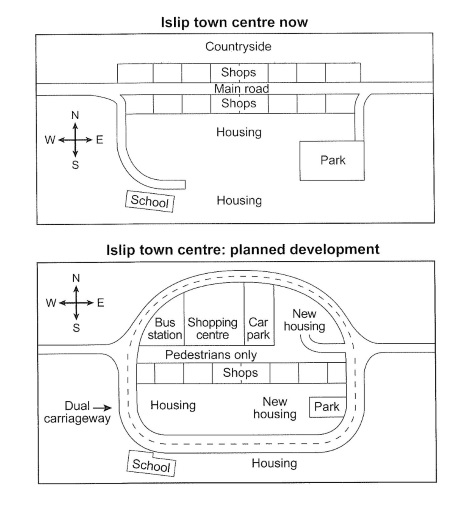 Student’s Introduction
The two maps of the CENTRE OF A SMALL TOWN CALLED ISLIP can be compared with the present and the future. On the whole, there would be lots of modifications between them when the planned development carry out.

Mistakes In the Introduction:

Model version:
The two maps compare the planned changes to the small town of Islip. Overall, Islip town centre is planned to change from a very simple, one main road, town centre to one with much more housing, facilities, and a dual carriageway.