Logic and the Expression of Extreme Views in your IELTS Test

In this blog, I would like to share a couple of questions asked by an IELTS teacher.

Question two: Will a lack of logic impact on the score for task response and cohesion and coherence?

Now, if an examiner feels insulted due to an extreme view, or that someone has not used appropriate logic… there is a possible effect beyond the grading criteria and this is because the examiner is a human and may subconsciously deviate from the guidance of the grading criteria.

If you’d like to read on I am going to share with you my response with regard to logic that I gave to another teacher with regard to the essay sample below. 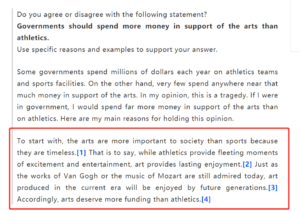 Logic is important and if a paragraph does not progress in a logical way then it will lack coherence and that will also impact the response to the question. I agree with some of your comments and feel that certain aspects lower cohesion and coherence and task response but do not totally destroy it.

Personally, I think that this student may be a level 7 writer and you may be being overly critical. Having said that the points you make are valid and some examiners may want as you have done… Which means that definitely better for the student to take on board the points you make as they going to reduce the risk of getting a low score.