The major cities in the world are growing fast, as are their problems.
What are the problems that young people living in cities are facing?
What are some solutions to these problems?

Outline of the model answer
Paragraph 1: rephrases the question and introduces the two questions that the essay is about
Paragraph 2: gives two problems young people are facing
Paragraph 3: provides two solutions for the problems above
Paragraph 4: summarises the two problems and solutions

Model Answer:
Major metropolises around the world are experiencing exponential growth. This essay outlines some of the major issues this causes for younger members of society and some ways to address them.

Rapidly growing cities cause two major issues for young people. The most serious is the difficulty youths face to get employed in the competitive job market of a growing city. This is because of age discrimination in the labour market based on the perception that young people are less competent workers. The second problem is the feeling of alienation. As the population increases, people tend to be less familiar with people in their community, and young people in particular often lack an established social network and start to feel isolated from society.

However, there are some ways to alleviate these problems. Firstly, the government can provide subsidies to companies that are willing to hire young people. These subsidies will make it more attractive for companies to hire young people and this will allow them to get experience so that they will be more employable in the future. With regard to alienation, the best way to deal with this is to have grassroots community organisations that reach out and help young people. An effective way to do this is to have public service advertising for these types of organisations on social media platforms that young people often engage in.

In conclusion, megalopolises are negatively impacting the youths in many countries around the world by making it extremely difficult for them to get jobs and by often causing feelings of social isolation. The best ways to tackle these problems are for the government to provide policies aimed at assisting youths to gain employment and for community organisations to help provide a support network for at-risk individuals.
[295 words]

Language:
exponential: something that exceeds far more than expectation
address problems: solve problems
discrimination: judging someone on the basis of age, gender race and so on
perception: view
less competent: less able or skillful
alienation:   feeling of being isolated from a group
social network: group of friends and associates
isolated: feeling of not belonging
alleviate: make a problem less severe
subsidies: a cash benefit given by the government more employable:
grassroots community organisation: a local organisation that uses the people in the area to achieve a positive public outcome
public service advertising: a message in the public interest distributed in the media with the objective of raising awareness,
social media platforms: web-based technology that enable people to communicate over the Internet such as Facebook Skype Twitter
megalopolises: a very large, heavily populated city
metropolises: a very large, heavily populated city
social isolation: a feeling of not belonging to society
at risk individuals: people who are facing some kind of negative risk 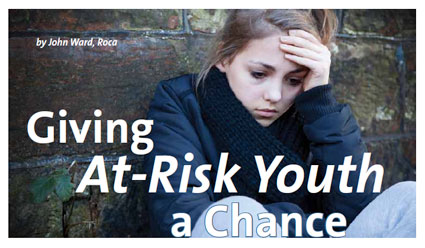