Teenagers who commit serious crimes, such as burglary or murder, should be treated in the same way as adults who commit crimes.

Discuss the advantages and disadvantages of this and give your own opinion?

Model Answer:
There is an opinion that young offenders who commit severe criminal actions should be held accountable for their actions just the same as adults. This essay discusses the advantages and disadvantages of this and then I will give my own perspective on the issue.

On the one hand, arguments can be made as to why age should not be a factor when dealing with serious crimes. The strongest reason is that if these juvenile delinquents are given the same strict punishments as adults, it will act as a powerful deterrent against doing serious crimes. As well as this, when young perpetrators receive lighter sentences than they deserve, it is an injustice to the victims. For instance, if a youth kills his classmate, the parents of the murdered child will feel the situation is unjust if the perpetrator is not at least incarcerated.

On the other hand, treating both young and mature lawbreakers equally may have adverse effects. The main reason is because children may not have sufficient intellectual or moral capacity to fully understand the outcomes of their misdeeds; it can be argued that they should receive lighter sentences than adults. Secondly, because of their long life ahead of them, many people argue that youths should be given a second chance, and an opportunity to successfully rehabilitate and learn a valuable lesson. Many believe that young offenders can often turn into good citizens when they mature into adulthood.

In conclusion, in my opinion, there are merits and drawbacks to treating youths differently to adults. However, overall I think that young offenders should be dealt with more leniently than adults due to their potential lower level of understanding about the crimes they commit. [282]

Language:
offenders = people who do crimes
commit crime=do a crime
accountable = responsible for decisions or actions
juvenile = a person who is under 18
delinquents= criminals
deterrent = a thing that makes somebody less likely to do something
perpetrators= a person who commits a crime
incarcerated = put into prison
misdeeds= bad things like crimes
lighter sentences = small punishments
rehabilitate = to make better
leniently = not strictly 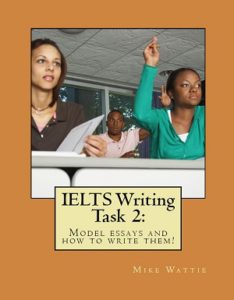