Example simple sentences:
Jessie is 14 years old. She lives with her grandmother.
As you can see we have got two simple sentences. We can combine them together and form a complex sentence.

Example complex sentence:
Jessie is a 14 year old girl who lives with her grandmother.

Tips
Avoid the repetition of words.
You will probably have to change words.
Add linking words like relative pronouns.

Relative Pronouns Examples
The runner who won the race trained hard.
The shorts that I bought yesterday are already dirty.
Curry, which we eat at least once a week, is one of my favourite meals.
Where did you buy the skirt that you wore last month?
The dress, when it was finally returned, was dirty.
The shop on the corner, where we buy all of our food, burned to the ground.

Exercise
Combine the following pairs of simple sentences into complex sentences using the bracketed word.
1.John is a brilliant boy. He has won several honours. [who]
2.Tom is a soccer player. He is playing for Liverpool. [who]
3.The game was on last night. It was very exciting [that]
4.Mike went to the mall. He had a lot of work to do. [where]

Suggested answers
1.John is a brilliant boy who has won several honours.
2.Tom is a soccer player who is playing for Liverpool.
3.The game that was on last night was very exciting
4.Mike went to the mall, where he had a lot of work to do. 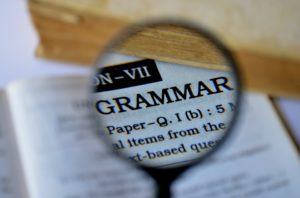 3 thoughts on “BOOST YOUR IELTS GRAMMAR SCORE WITH COMPLEX SENTENCES”